With more businesses seeing the benefits of SaaS software, the demand for cloud computing and mobile solutions will keep growing. 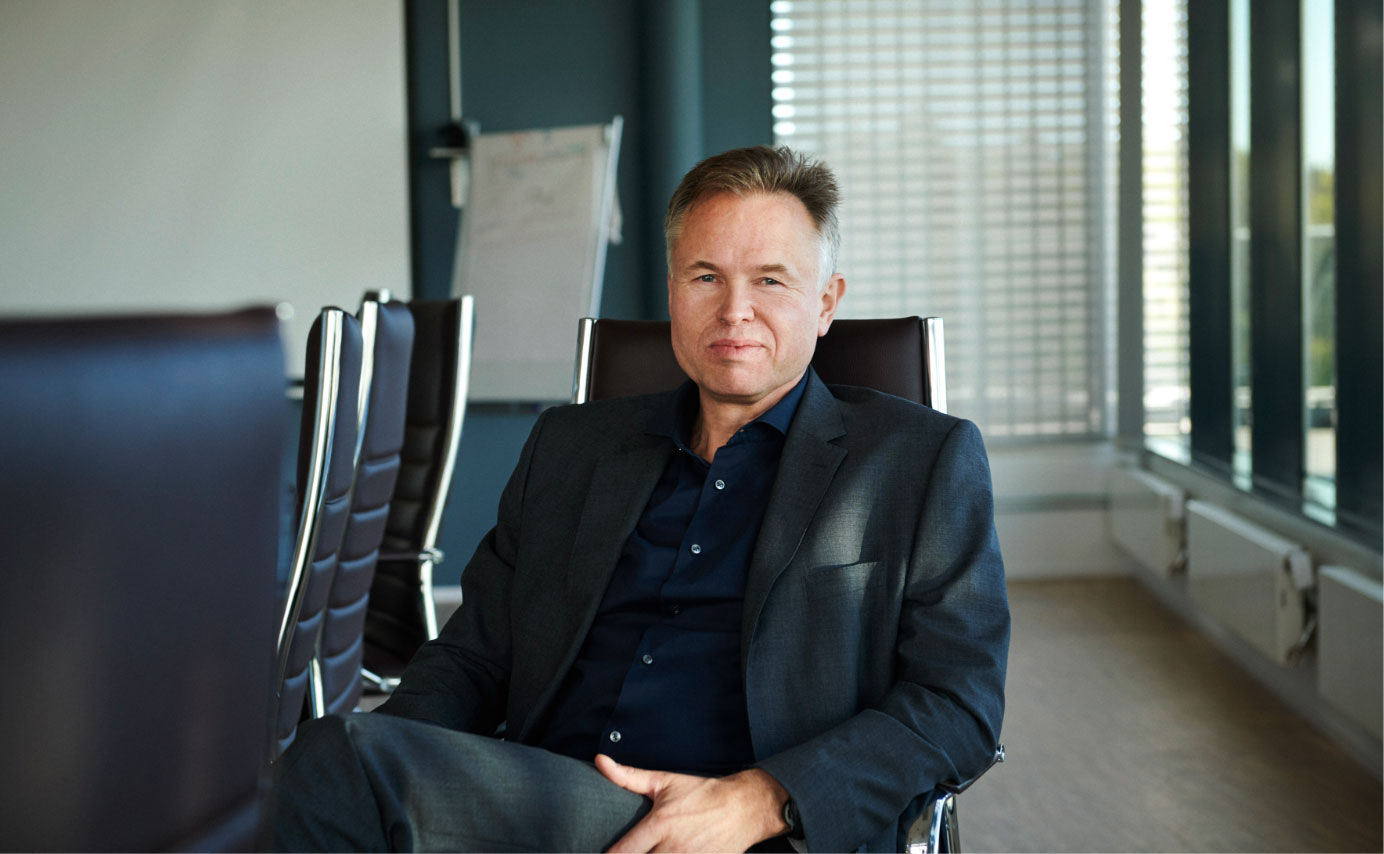 2018 was a year of European expansion for the Visma Group. Visma has gone from being a strong Nordic player to being the largest cloud software provider in Northern Europe.

Overall, the economies in Visma's core markets are performing well despite a turbulent global political climate. The Norwegian and Swedish export sectors have been benefiting from weak currencies and have contributed to good economic growth in these countries. Also, the Danish, Dutch and Finnish economies showed healthy growth during 2018. Overall, the Nordic economies are stable with above-average growth rates compared to Europe and we remain positive about the macro-economic situation, although the global political situation may hold surprises for 2019.

Strong growth across all segments

Visma experienced good revenue growth across all segments. The strongest growth was in the Enterprise segment, which grew 53,8  % year on year. Revenues in Visma's largest segment, SMB, grew by 18,9  %. Custom Solutions grew by 49,7  %. Commerce Solutions grew by 38,5 %. Visma is combining its organic revenue growth with an active acquisition program. During 2018 Visma acquired 18 companies, most of them fast-growing cloud computing companies. Through the acquisition program, Visma gets access to new technology, new talent and new markets.

Cloud computing continues to be a key driver for growth

With more businesses seeing the benefits of SaaS software, the demand for cloud computing and mobile solutions will keep growing. Visma has invested heavily in its SaaS products since 2010, and we are now seeing the benefits of the demanding transition to becoming a cloud company. Revenues from Cloud Computing grew by 56,4  % in 2018, to NOK 7 553m.

The entry-level solution eAccounting now has more than 100,000 customers across Norway, Sweden, Finland and the Netherlands. Adding local SaaS champions, such as e-conomic in Denmark, Netvisor in Finland and Tripletex in Norway as well as the international flagship solution Visma.net, Visma has well over 650,000 SaaS customer contracts.

Growth across all markets

Visma has a strong presence in the Nordic, Baltic and Dutch markets where we have achieved good market positions, high brand awareness, operational efficiencies and competitiveness. Visma's ambition is to be the national and regional leader in its product categories, an advantage versus global competitors. During 2018, Visma experienced strong growth in all markets. Through the acquisition of Raet, Visma's largest acquisition to date, we also got a significant position in the Dutch payroll and HRM market. We look forward to improving and expanding our payroll and HRM offering to customers across all markets in the years to come.

In the coming years, Visma will consider expansion to new, well regulated, politically stable geographies through the acquisition of market leading local SaaS companies. We will remain loyal to the strategy of being a strong and sizeable player in each market, rather than spreading thin globally.

We continue to invest in the future

Investments in product development and innovation are key success factors for Visma. In 2018, and R&D expenses amounted to approximately 15 % of revenues.

Visma operates in high-cost markets with a strong drive for increasing efficiency. Through utilizing advanced algorithms, big data and artificial intelligence, Visma is exploring more ways to automate business processes for the customers to increase efficiency and competitiveness. At the end of 2018, approximately 20 of Visma's products were utilizing AI technology. Visma has invested heavily in building up AI and optimisation competence with dedicated knowledge teams within these fields.

Finding and keeping the right talent is key to Visma's future success, and the competition is hard for the best and brightest minds. Across our core geographies, Visma has worked consistently to build brand awareness among students in top universities over time with application numbers for our trainee programs increasing. Also among experienced professionals, Visma is increasingly perceived as an attractive employer.

Visma is competing with larger global and regional companies and we are dependent on our nearshoring capacity. The Nordic cost level combined with insufficient access to competent human resources has been the drivers behind the build-up of our nearshoring activities, which today comprise operations in Romania, Lithuania, Latvia, Poland, Ireland and Spain. During 2018 a new R&D centre was also opened in Košice, Slovakia. At the end of 2018, we had 1250 full-time employees in these locations, and the plan is to increase this by another 200 FTEs by the end of 2019. Most resources are within software development and levels of employee engagement in these locations are among the highest in the group.

As a provider of mission-critical systems, Visma takes its responsibility when it comes to cybersecurity and privacy seriously. Visma is consistently working on improving its data protection procedures. To meet the increasing global cyber security threat levels, Visma also continues to invest in the IT security program. Visma IT&C, responsible for Visma's internal IT operations is ISO 9001, ISO 20000, ISEA 3402 and ISO 27001 certified.

Visma will continue to promote competitiveness by providing our customers with software that makes their business and admin processes more efficient than their competition. Our core markets are among the most tech-savvy in Europe, and Visma expects to see our modern SaaS solutions to be the growth driver also in 2019.

In a changing world with tough competition, it is hard to plan for all eventualities. However, an agile, competent and engaged organisation is able to adapt to disruption in technology and markets. The later years the employee engagement surveys in Visma have shown high levels among our 9,500 employees. Combined with a good inflow of new talent, Visma shall be able to prosper and grow in the coming years.