Visma Survey is a digital tool made specifically for surveyors. It is used by Maritime Authorities that perform surveys themselves.

Visma Survey supports preparation, execution and completing the survey with hearing aboard and issuance of survey report and partial-report offline. All work can be done aboard in the same application including endorsement and issuance of certificates.

The surveyor starts with an overview of his planned surveys. Meeting information, vessel data, owner data, previous reports, certificates, detentions and deficiencies are all shown.

Reports and partial-reports are prepared efficiently. The Maritime Authority have created standard texts to choose from. Each text has a headline, making it easy to find the correct one. The standard texts can be edited to fit specific cases.

In the case of partial-reports, the survey will stay open until all partial surveys are completed and the overall survey report has been issued.

Visma Survey shows a preview of the report or certificate, during the working process and before issuance.

When finished, Survey reports, partial-reports, survey data, certificates, certificate data, deficiencies and detentions are displayed in the eCert platform for the Maritime Authority and in Maritime Window for Shipowner.

Visma Survey is not only a tool for the surveyors aboard. It expands the eCert platform with extra features. In the office, coordinators book and plan surveys, displaying the available information to all booked surveyors.

A survey case is booked for the ship or addressee and is given a subject for the survey. One or more surveyors are added to the survey.

The coordinator searches for spare time, names, different office locations and competences of surveyors in the Surveyor Calendar. It includes all surveyors of the Maritime Authority. If necessary, a surveyor from another office can be booked.

If the Maritime Authority is contacted by Shipowner to arrange a survey, different days and possibilities can be discussed and the survey is booked with contact information and meeting point.

Checklists is an optional tool intended for new surveyors and for performing structured surveys. It is a number of lists of what to inspect on each type of ship. The checklists are created and maintained by the Maritime Authority and connected to a ship type.

When a survey is booked for a ship of a certain type, a specific checklist for the type of ship will be uploaded to Visma Survey.

Work aboard and Offline

The surveyor can work mobile and even offline. Surveys, vessel data, owner data and history are synchronized in Visma Survey. If the surveyor has to leave the vessel at the end of the survey and still do not have Internet connection, he can give the issued survey report or partial-report on a USB stick or print it.

When the surveyor is online again and synchronize, the report will automatically be available for all parties.

All data and documents from the survey are available in eCert after synchronization. If a surveyor gets ill, he can synchronize any preparation work, making it available for his replacing colleague.

Visma Survey shows all valid certificates. They can be renewed, endorsed and issued aboard the vessel. Certificate templates are filtered by ship type so that only certificates for the specific ship type can be created.

Certificates issued on behalf of survey done by Class or insurance certificates like CLC, Athens, Bunker and Wreck are not issued at a survey. These certificates are issued from the office in the eCert platform. 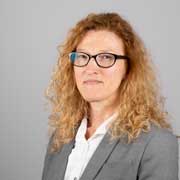 Visma digitize the maritime world. We know the industry intimately and have vast experience in developing solid business solutions and products.