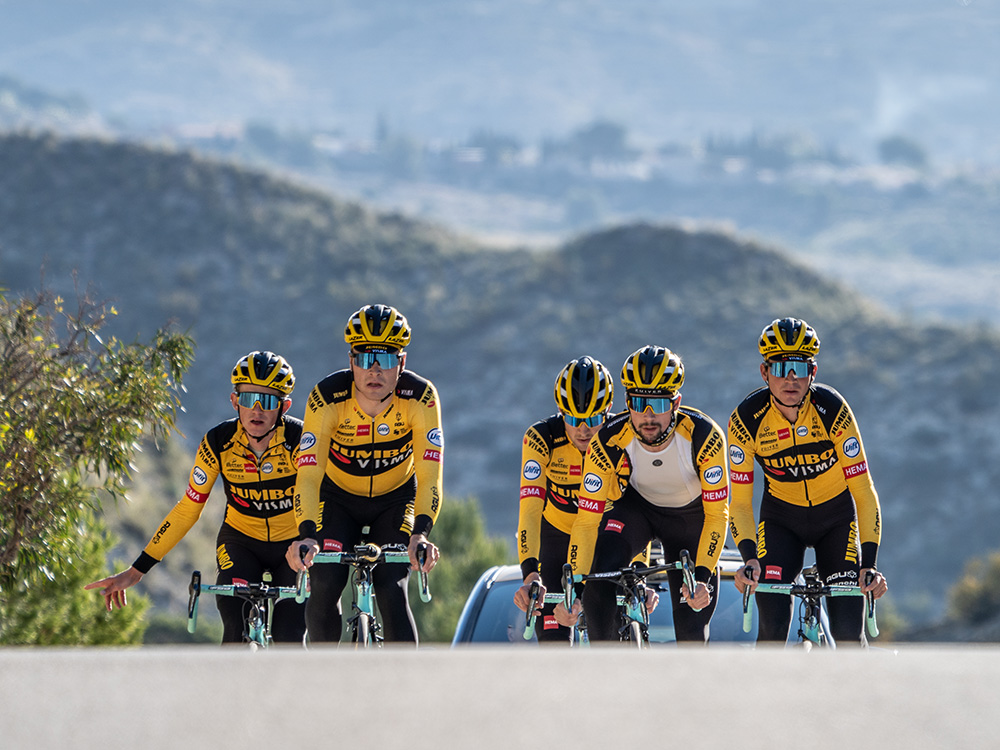 One of the current best pro-cycling teams in the world, Team Jumbo-Visma, joins Visma Ski Classics in Marcialonga to learn more about long-distance skiing.

Visma, the title sponsor of Visma Ski Classics, is bringing skiing and cycling together at Marcialonga. Visma is one of the main sponsors of Team Jumbo-Visma and has invited the pro-cycling team to join them for Marcialonga, the sixth stage of the tour in Visma Ski Classics. The number 1 cyclist in the world, Primoz Roglic, is used to winter sports since he started his sports career in ski jumping before putting all focus on cycling. In 2019 Roglic got 3rd place at the Giro D'Italia, and won Vuelta a España, Tirreno-Adriatico and Tour de Romandie.

"Visma Ski Classics has from the start ten years ago gained inspiration from the cycling sport. With the passion for the team, the strategic thinking during the races, added excitement from sprint and climb checkpoints, there are many things to be found in our tour inspired from the pro-cycling sport. To share knowledge and experiences at Marcialonga with Team Jumbo-Visma will be a lot of fun," says David Nilsson, CEO of Visma Ski Classics.

"I’m looking forward to get to know the world of the Visma Ski Classics. It is a new world for us, but we see a lot of overlaps in the sport, in the training and the organisation. Thanks to Visma we are able to learn from the sport, the organisation and the popularity. With our development team we trained on skis in Norway, and we found it performance-wise a good addition to our program. Primoz Roglic already told us a lot about the sport, maybe it can inspire us to some new roads," says Richard Plugge, General Manager at Team Jumbo-Visma.