Vasaloppet is the first race out in Visma Nordic Trophy 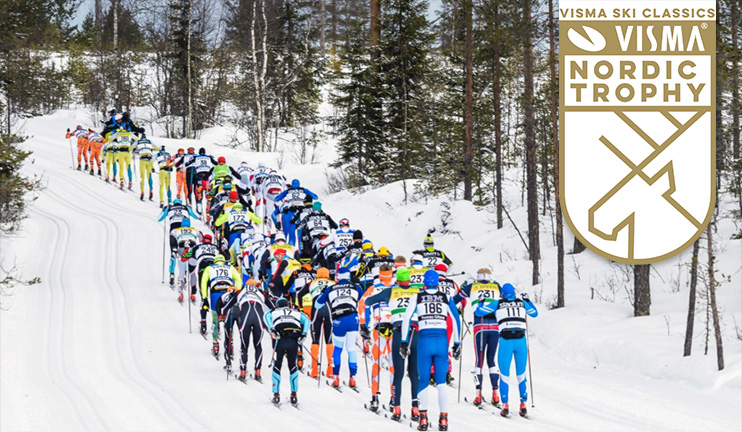 Vasaloppet kicks off the Visma Nordic Trophy competition Sunday, March 3rd. The competition consists of the final four Nordic races in the Visma Ski Classics tour. Audiences and participants can look forward to an exciting month of long-distance ski racing leading up to the final in April.

Visma Ski Classics is one of the world's toughest ski challenges, and Vasaloppet, running 90 kilometres from Sälen to Mora in the Swedish midlands, is the longest track in the competition. This year, 64 nations will compete, and Sweden, Norway, Denmark and Finland top the list with the highest number of participants.

"Vasaloppet is one of the toughest races in the competition, and it will be exciting to see who will take the lead of the Visma Nordic Trophy competition by winning on Sunday", said Visma CEO, Øystein Moan.

The prestigious Visma Nordic Trophy concludes the Visma Ski Classics season. The skiers who collect the most championship points will win the trophy along with EUR 5,000 in prize money.

"Visma Nordic Trophy is an important award for the skiers who are unable to compete in all the races throughout the season. It gives me the extra motivation I need to finish the season that little bit stronger than last year."

This is Visma's fourth season as title sponsor of Visma Ski Classics.

"The number of people watching the televised events has been high this season, exposing our brand to a broad audience group. We are looking forward to an exciting end to the long-distance skiing season," said Moan.

Both the Visma Alp Trophy and the Visma Nordic Trophy are awarded after the Visma Ski Classics final in Ylläs-Levi, Finland April 13th.

Get the latest Visma news directly in your RSS reader.