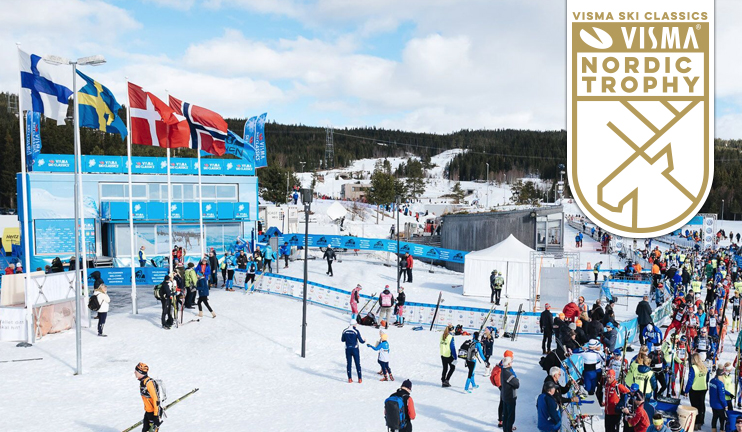 As title sponsor of Visma Ski Classics, Visma has recently introduced Visma Nordic Trophy - a new competition in the long distance championship. The competition includes the five final events of the season, starting with Vasaloppet Sunday 5th of March.

- Cross-country skiing speaks to Visma’s Nordic identity, and it is one of the most popular winter sports in our region. We believe Visma Nordic Trophy can create positive experiences between our brand, the skiers and the teams. The competition can also provide extra strength and excitement to the Visma Ski Classics season VII tour, says Øystein Moan, CEO Visma.

Visma Nordic Trophy standings depends on the amount of "yellow bib" Champion points collected through the five Nordic events. The top three male and female skiers with highest points after the final race Ylläs-Levi will be awarded. Visma will hand out prize money of 35.000 Euro.

- Visma Ski Classics is among the toughest challenges within organized skiing. To win Visma Nordic Trophy requires strength, teamwork, and character, and the ability to endure adversity and rough environments. These are all virtues and values we/Visma identify with, says Øystein Moan, CEO Visma.

The commencement is Vasaloppet

Vasaloppet is the first event in Visma Nordic Trophy, taking place in Sweden 5th of March. The 90 km event starts in Berga in Sälen and ends in Mora. Vasaloppet is considered to be the world’s oldest and longest ski race.