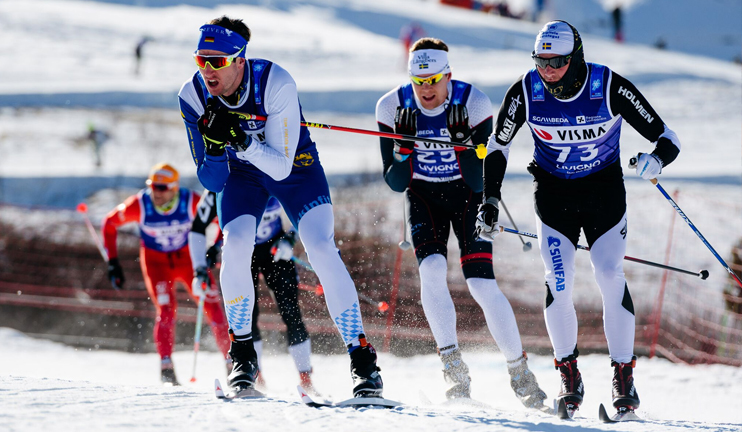 Visma has been the title sponsor of Visma Ski Classics since 2015. The parties have now agreed on a prolonged agreement lasting until May 2020.

Visma Ski Classics includes Birkebeinerrennet, Vasaloppet, Marcialonga and eight other prestigious and traditional races across Italy, Switzerland, Germany, Czech Republic, Sweden, Finland and Norway. What sets it apart from other ski events, is that amateur skiers compete next to professional teams, making for an exciting competition watched by over 20 million viewers in 70 countries around the world.

– The interest in long-distance skiing is growing continuously. Last season, the number of viewers watching the televised events almost doubled, giving our brand a broad reach that extends beyond our core markets. We believe the continued partnership contributes to creating positive connotations between our brand, the skiers, the teams and the audience, said Øystein Moan, CEO of Visma.

Visma Alp Trophy and Visma Skier of the Day

Last season, the Visma Nordic Trophy competition was introduced to add more excitement to the final five events of the ski tour taking place in the Nordic countries. After last season’s success, Visma Ski Classics has decided to launch two additional awards for the upcoming season, the Visma Alp Trophy and Visma Skier of the Day, making for a total of EUR 35,000 in prize money sponsored by Visma.

The Visma Alp Trophy will be handed out to the winners of four events taking place in the Alps. Visma Skier of the Day will be awarded the most offensive skiers in the events, recognising skiers who dare to go the extra mile and take charge, even if it might not lead them to victory.

– Cross-country skiing speaks to our Nordic identity, and we’re excited to continue the collaboration and follow the teams and athletes in the coming seasons of Visma Ski Classics, said Øystein Moan.