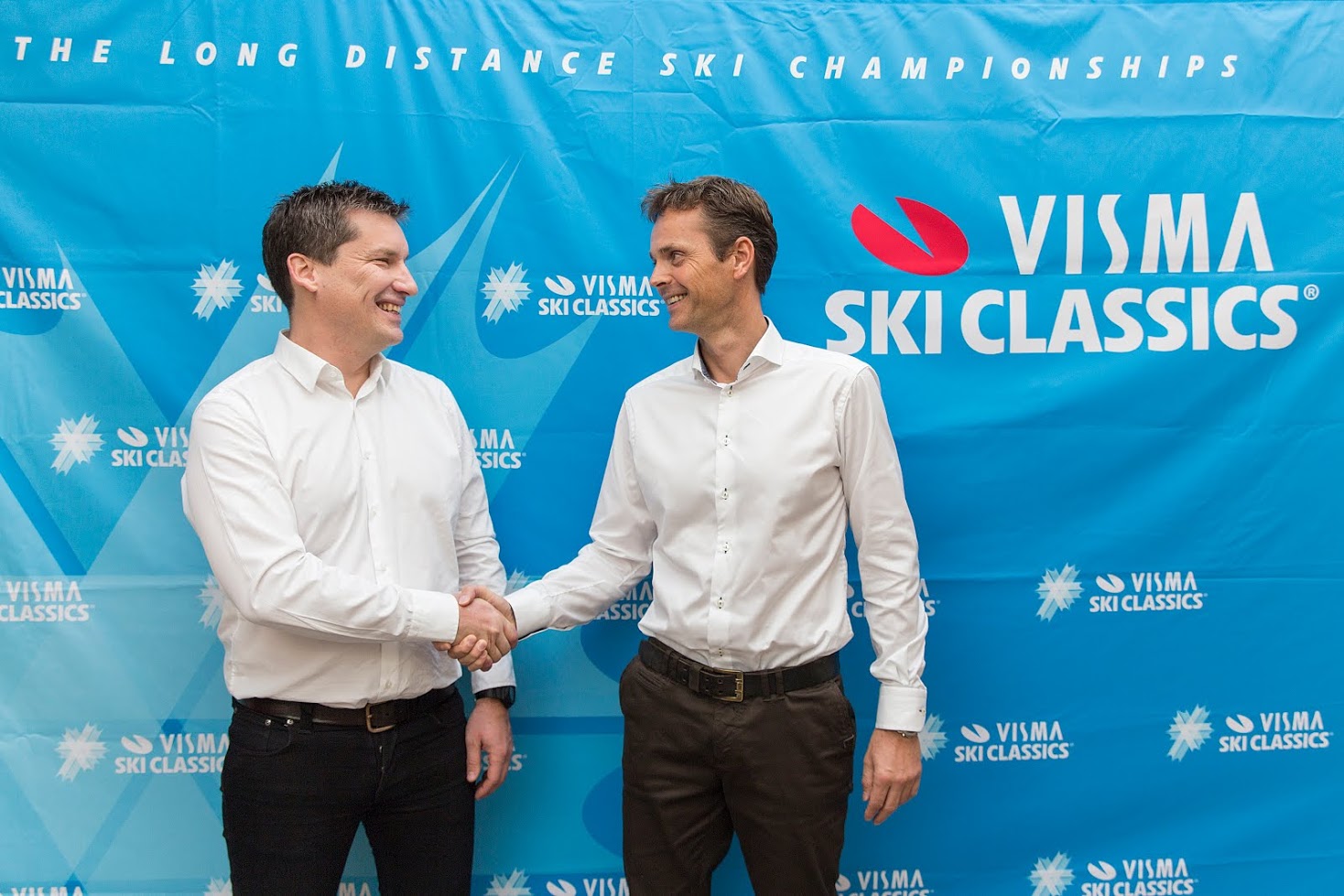 From this season onwards, the long distance ski championship will be named Visma Ski Classics.

What sets Visma Ski Classics apart from other championships is the participation of amateur skiers next to the pro teams. A total of 25 Pro Teams and 50.000 amateur skiers will be competing in the same races.

The interest in long distance skiing is growing continuously, and many of the races in Europe are fully booked just a few days after the registration begins.

- Visma’s growth over the past years has seen the company expand beyond the Nordics into Latvia, the Netherlands, Romania, Lithuania and Poland.

- We are at a stage where this kind of investment makes sense. We want to extend the reach of our brand beyond our core markets, and with more than 20 million viewers in 70 countries, we believe Visma Ski Classics will play an important role in helping us achieve that, Moan says.

- We already have plans and ideas of how to make the most of the sponsorship. Without going into details, I can say that we will use this opportunity to create positive experiences between our brand and the skiers, the audience and our partners and customers.

David Nilsson, CEO of Ski Classics, is delighted with the new partnership.

- Ski Classics is very pleased to start this new cooperation with Visma, a fast growing company present in many of the Ski Classics key markets in Europe.

- The cooperation with Visma brings Ski Classics into a new and exciting era, Nilsson says.

- Cross-country as a sport is already highly popular, and growing.

- Many Business people are also keen amateur skiers. For many, the Ski Classics is the highlight of their season. The results are covered by the biggest financial newspapers and is a hot topic at many offices.

- For a B2B brand such as Visma, it is a very attractive proposition to become part of this conversation, says Moan.

- We feel that we have a lot in common with Ski Classics. Cross-country skiing speaks to our Nordic identity. And, like Visma, Ski Classics is experiencing strong growth. As it becomes an even bigger attraction in the coming years, the name Visma Ski Classics will already be well established.

- We identify with the athletes’ pursuit for continuous improvement – of finding new ways to stay ahead in a competitive environment. And like in business, to be successful requires character, resilience and endurance – but also teamwork and fellowship, notes Moan.

Also visit www.skiclassics.com for resources and information about the competitions