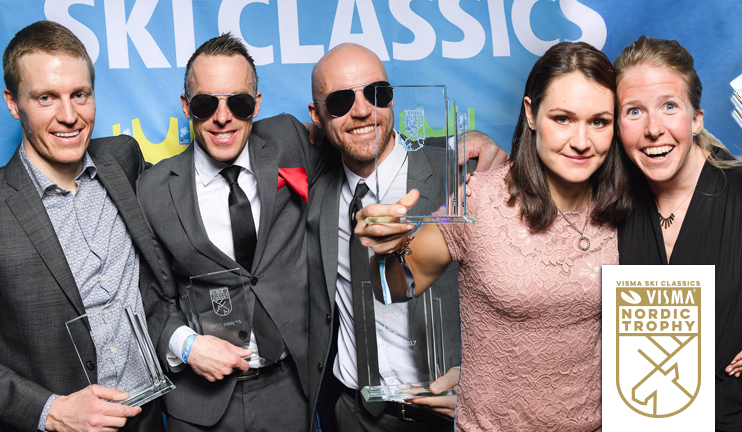 April 8th was the grand finale of Visma Nordic Trophy, the competition including the five final Nordic events in Visma Ski Classics. Visma handed out prize money of total 35.000 Euro to the top three female and male winners after the finish in Levi.

- The skiers have competed side by side until the final race on Saturday. We have looked forward to award the prize money to the top three female and male skiers of Visma Nordic Trophy. To win the competition requires strength, teamwork, and character, and the ability to endure adversity and rough environments. These are all virtues and values the winners and Visma have in common, says Øystein Moan, CEO Visma.

Visma Nordic Trophy was initiated by Visma and has been a new competition in Visma Ski Classics this season.

- As title sponsor of Visma Ski Classics, we are glad to see that Visma Nordic Trophy has created positive experiences for the skiers, spectators and our employees. Cross-country skiing speaks to our Nordic identity, and it has been exciting to follow the skiers in Vasaloppet, Birkebeinerrennet, Årefjällsloppet, Reistadløpet and Ylläs-Levi. We can’t wait for the next season to start, says Øystein Moan, CEO Visma.

About Visma Ski Classics
Visma Ski Classics is the long distance cross country ski championship. This season it consists of 13 of the world’s most prestigious and traditional cross country ski events, like Marcialonga in Italy, Vasaloppet in Sweden and Birkebeinerrennet in Norway. 28 pro teams and a total of 50.000 amateur skiers are competing in the same races. The events are televised in more than 70 countries around the world with more than 20 million viewers.