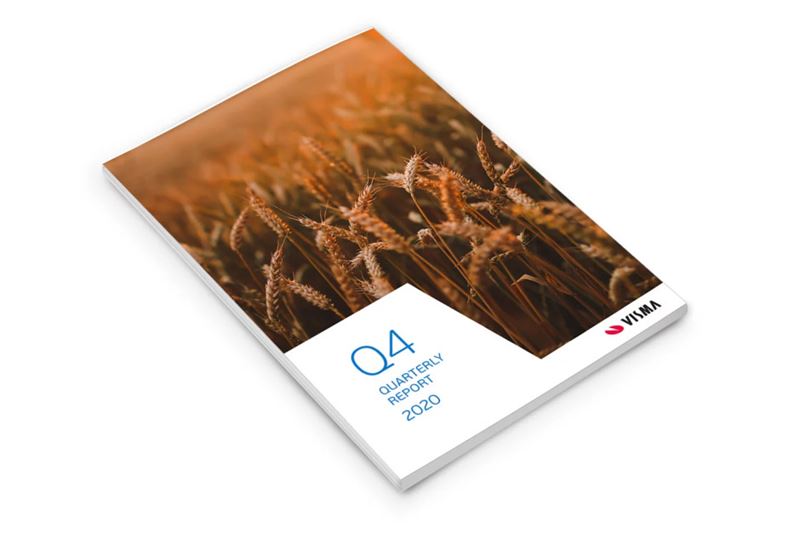 With a steadfast focus on providing mission-critical cloud software, all four of Visma’s core divisions delivered strong growth in Q4 compared to one year ago. Software Nordic & International grew revenue by 19,2%, Software Benelux by 26,0%, Custom Solutions by 25,4%, and Commerce Solutions by 24,2%.

Visma’s Cloud Annualised revenue, a forward-looking indicator of future cloud revenue, reached NOK 15,6 billion year on year in Q4, an increase of 28,1%. As has been the case throughout 2020, this was due to strong organic growth as well as a record acquisition pace.

Visma reached 1,2 million customer contracts in Q4. Of these, 975 000 are cloud contracts, an increase of 31,9% over one year ago. The new normal of remote work has demonstrated the necessity of Visma’s modern cloud solutions to keep customers running efficiently and competitive. Few indicators capture this better than the steady growth in the number of e-invoices passing through Visma’s systems, with 10,4 million in Q4—a year-over-year growth of 15,6%.

Visma had 14 new acquisitions in Q4, bringing Visma’s total acquisition count to 37 for 2020. Particularly noteworthy was the acquisition of Admisol in Belgium, which further cemented Visma’s presence in the Belgian market after the acquisition of Yuki in Q3. Visma also enhanced its product offering for SMBs and Accounting Offices in Sweden through the acquisition of Årsredovisning Online, which provides year-end cloud software.