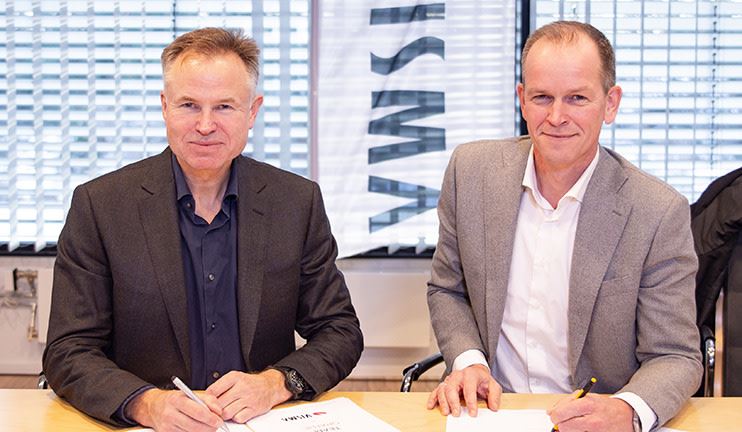 Visma, a leading provider of business-critical software in the public and private sector, has signed an agreement for at least five years to become the title sponsor of Dutch pro cycling and speed skating Team Oranje. As of January 1st 2019, both the speed skating and cycling team will compete under the name Team Jumbo-Visma.

The agreement makes Visma the first Nordic company to support a pro cycling team at this scale and is in line with Visma’s strategy of expanding its activities in the European market.

“We are thrilled to be the new sponsor of one of the world’s best cycling and speed skating teams, including Olympic gold medal winners Sven Kramer, Carlijn Achtereekte and Kjeld Nuis. We have reached a stage where we are going from being a Nordic company to a Pan-European one and supporting Team Jumbo-Visma will be an important step in increasing our footprint in Europe”, said Visma CEO Øystein Moan.

Team Jumbo-Visma has its origin in the Netherlands, a strategically important area where Visma is investing heavily in new business. Over the last four months alone, Visma has made four acquisitions in the region, including leading provider of payroll and HCM (Human Capital Management) software Raet.

“We believe this sponsorship will put the Visma brand on the European map and help Visma increase its presence and brand awareness in the Netherlands and throughout Europe. Cycling is a popular sport in our current markets and new potential markets, making the sponsorship a great fit for Visma,” the CEO continued.

“Visma is the first Nordic company to support cycling on this scale, and I am very proud of that. The partnership with Visma underpins the strength of our team, uniting cycling and speed skating,” Plugge explained.

His fellow director, Jac Orie, agreed. “It is great that a company like Visma has chosen our combined speed skating and cycling team. They display a big interest in both speed skating and cycling, just like many Dutch companies. That’s why this immediately felt like a good match. I look forward to using their knowledge of software in analysing our large amount of test data. I am convinced that by joining forces, we can take the next step in our development.”