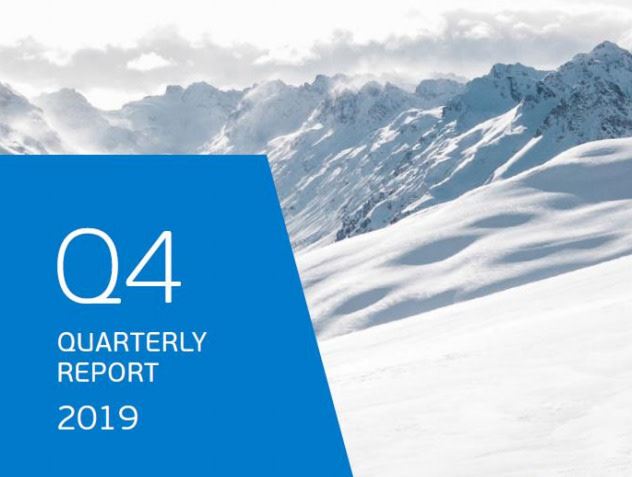 Each of Visma’s four core divisions delivered double-digit revenue growth year-on-year in Q4. The SMB Division grew revenue by 17 percent, Enterprise by 11 percent, Custom Solutions by an impressive 53 percent, and Commerce Solutions by 25 percent compared to the fourth quarter one year ago.

SaaS customer contracts have also grown substantially year-on-year, the result of both strategic focus in the business units and targeted acquisitions. In Q4, Visma reached nearly 1 million customer contracts, of which more than 700 000 are for SaaS products. This figure is 22% percent higher than SaaS contracts last year.

Visma finished Q4 with three new acquisitions for the quarter, bringing the number of acquired companies during 2019 to a total of 20. One is Netherlands-based VerzuimSignaal, which offers absence management software and promises to be a key complement to Dotweb acquired earlier this year. In Norway, Visma acquired fast-growing PowerOffice to strengthen its cloud offering for accounting practices and small businesses. Finally, with the acquisition of Sweden-based Inyett, Visma enhances its fraud-prevention offering by providing customers automated checks of supplier payments.