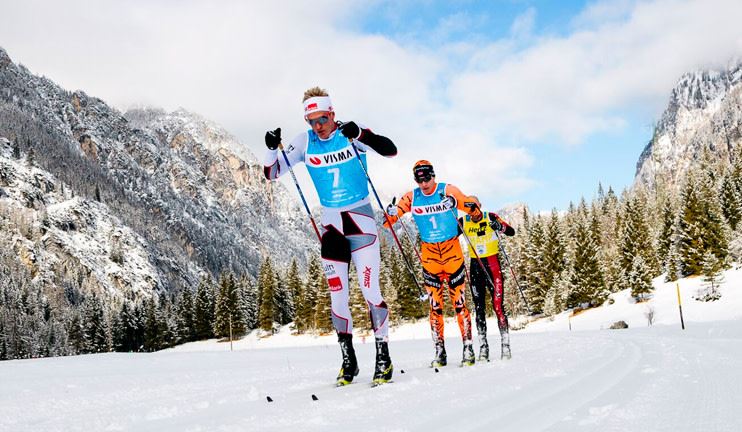 As Visma Ski Classics season IX kicks off this weekend, CEO Øystein Moan sheds some light on the impact of corporate sponsorship and the season ahead.

– Supporting Visma Ski Classics over the last three years has been a great journey for Visma, and we are looking forward to seeing what season IX brings, says Visma CEO Øystein Moan.

Visma joined Visma Ski Classics as title sponsor in 2015. The ski tour consists of several prestigious long-distance ski races, including Marcialonga, Vasaloppet and Birkebeinerrennet. News this season is Engadin Ski Marathon, the first ever free technique race in the history of the Visma Ski Classics tour.

Exposure in new markets
The Visma brand is given broad coverage through the televised events watched by more than 20 million viewers in 70 countries worldwide.

This year, the Visma Ski Classics events will also be broadcast by Danish sports channel TV3 Sport. Denmark is an important market for Visma with an increasing interest in long-distance ski events and represents the third largest country in terms of participants at the starting line at Vasaloppet.

– The number of people watching the broadcasts has been steadily increasing over the last three seasons, allowing us to connect with our audience in an entirely new way – contributing to making Visma a household name in the Nordic countries and beyond, Moan continues.

An increasing number of people are using mobile devices for work, and with new functionality accessible through the cloud, the Visma brand is available for an even broader target group than before.

Connecting with the audience
The championship differs from other sporting events in that amateurs and professional skiers compete together. It means that anyone can challenge the greatest long-distance skiers in the world in the Visma Ski Classics races.

– It is great for us to come out to the arenas and meet the skiers and the audience. Many of the participants match our key demographic, and engaging with them at the events is a great way of building a strong relationship with both new and existing customers.

The CEO has already signed up for several races next year, and is excited about the season ahead:

– I’m looking forward to the competition this season, and I am hoping that many of our employees, customers and partners will join us in the ski tracks this winter.